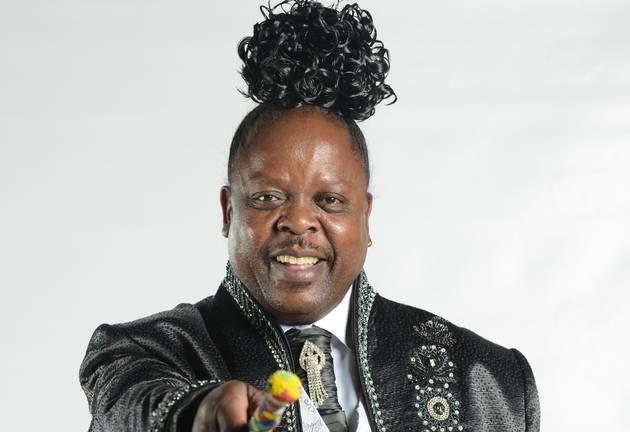 Reality TV will never be the same again.
Image: Supplied

If there is one thing we’ve learnt in 2017,  it’s that English isn’t a measure of intelligence. Reality TV stars Papa Penny and Somizi have not only made up their own language, but proven that “broken English” is more than acceptable.

1. Papa Penny: The man is a Gold Bone

The Tsonga icon’s reality show caused a stir because of his English. Week after week, Papa Penny’s English stole the spotlight.

Not only did his English cause a stir, but his ability to make up his own language (remember Goldie Bone) has also contributed to the success of his show.

This Diski Diva topped the trends list almost every week for her English. Luckily the soccer wife said the social media commentary about the way she speaks does not bother her.

“I am a pedi girl‚ born and raised in the village of Sinthumule in Limpopo. I went to school there and stayed there for most of my life. I only moved to Joburg in 2012 after I met my husband. I am fluent in Sepedi‚ TshiVenda and Zulu and people still have the audacity to ask me to speak proper English? I don’t owe anyone good English.”

This gqom’s English isn’t the neatest, but Mzansi quickly got over it because, well, she gave us Wololo. What more could she give?

“I think that this nomination proved to other people that me speaking Zulu has not closed doors, but instead opened them for me. I didn’t have to speak English to be recognised by BET,” she said after she was nominated for an award.

4. Somizi: He still dances all the way to the bank!

Everybody know that Somizi’s English isn’t the best. And he openly admits it.

But the star has never been fazed by it. He knows that he still gets his paper regardless.

By now Penny Penny’s reality show has become one of the greatest things on SA television. With every passing week, the show seems to get more …
TSHISALIVE
10 months ago

Reality TV star and musician, Penny Penny has a strong message for social media users who accused him of ‘body shaming’ his wife.
TSHISALIVE
1 month ago
Babes Wodumo: ‘I did not need English to be nominated by BET’
Good English or not, musician Babes Wodumo feels that as the only female artist from SA nominated for Best International Act: Africa by the BET …
TSHISALIVE
7 months ago
IN MEMES: Diski Divas fans think Sibongile wrote Bonang’s book
As the outcry over Bonang Matheba’s book continues on social media, fans of popular Mzansi Magic reality show Diski Divas have suggested that the …
TSHISALIVE
4 months ago

BlackBird Books, publishers of Bonang Matheba’s memoir, From A to B has confirmed that it has recalled the book from bookstores across the country …
TSHISALIVE
4 months ago

Schooling in SA in the age of the Pandemic

Mpho Molikeng,the One in all artist of Our time!!

Artists Web Admin - July 16, 2021
0
“Tshego M”, whose real name is “Tshegofatso Maloka” is a singer, songwriter, IT graduate and Entrepreneur, who was born and raised in Tshwane, Pretoria....

Artists Web Admin - July 13, 2021
0
Nivesh Rawatlal's sketch which is a reflection of the state of affairs in the country as looting, killings and hooliganism shows their ugly faces in the country.